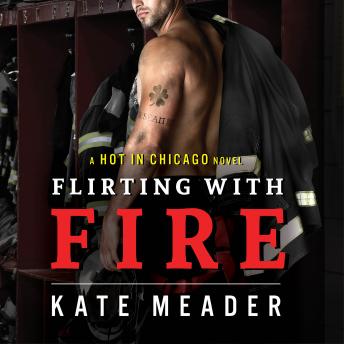 Savvy PR guru Kinsey Taylor has always defined herself by her career, not her gender. That is, until she moved from San Francisco to Chicago to be with her fiance, who thought she wasn't taking her 'job' of supporting him in his high-powered career seriously enough and promptly dumped her for a more supportive and 'feminine' nurse. Now, as the new assistant press secretary to Chicago's dynamic mayor, she's determined to keep her eye on the prize-and she certainly doesn't have time for men.

But that all changes when she meets Luke Almeida, a firefighter as searingly sexy as he is quick-tempered. He's also the second oldest of the Firefightin' Dempseys, a family of foster siblings who have committed their lives to the service-if Luke's antics don't get him fired first. When Luke goes one step too far and gets into a bar brawl with the Chicago Police Department, Kinsey marches into Luke's firehouse and lays down the law on orders from the mayor. But at Engine Co. 6, Luke Almeida is the law, and he's not about to let Kinsey make the rules.Contains mature themes.