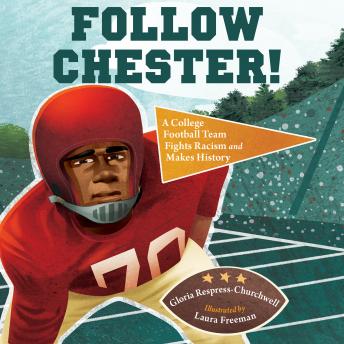 Chester Pierce broke racial barriers when, in 1947, he joined his Harvard football team to play against the University of Virginia. At that time, black people were not allowed to sit at lunch counters, they had to use separate entrances, and they weren’t allowed to play college football against white players. Chester’s team didn’t care about those laws. Amid dropped jaws, jeering, and booing, Chester played, and his teammates followed his lead.