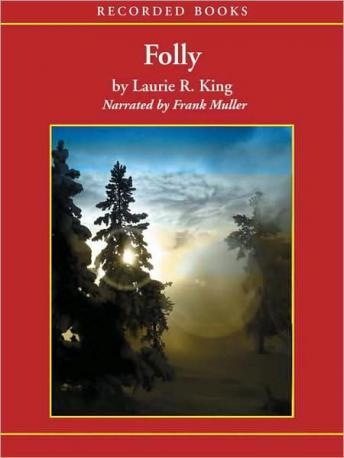 Laurie R. King creates unforgettable characters and situations in her mystery series featuring Kate Martinelli and Mary Russell. In Folly, she tells the gripping story of a woman on the edge of the world--and the edge of sanity. Tragedy and mental illness have been dark companions of Rae Newborn for more than 50 years. Her life seems to start rebuilding itself, though, when she moves to a deserted island to restore the house her mysterious great-uncle built in the 1920s. But Rae senses powerful forces stirring on the island. Is the skin-crawling feeling she has of someone watching her only in her mind, or has something disturbingly real taken notice of Rae? Like King's best-selling suspense thriller A Darker Place, Folly brilliantly portrays a woman pushed to her limits and beyond. Frank Muller's powerful narration captures all the terrors that stalk Rae from without and from within.

This title is due for release on August 29, 2008
We'll send you an email as soon as it is available!