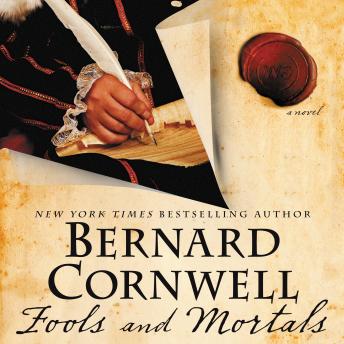 Fools and Mortals: A Novel

New York Times bestselling author Bernard Cornwell makes a dramatic departure with this enthralling, action-packed standalone novel that tells the story of the first production of A Midsummer Night's Dream-as related by William Shakespeare's estranged younger brother.
Lord, what fools these mortals be . . .
In the heart of Elizabethan England, Richard Shakespeare dreams of a glittering career in one of the London playhouses, a world dominated by his older brother, William. But he is a penniless actor, making ends meet through a combination of a beautiful face, petty theft and a silver tongue. As William's star rises, Richard's onetime gratitude is souring and he is sorely tempted to abandon family loyalty.
So when a priceless manuscript goes missing, suspicion falls upon Richard, forcing him onto a perilous path through a bawdy and frequently brutal London. Entangled in a high-stakes game of duplicity and betrayal which threatens not only his career and potential fortune, but also the lives of his fellow players, Richard has to call on all he has now learned from the brightest stages and the darkest alleyways of the city. To avoid the gallows, he must play the part of a lifetime . . . .
Showcasing the superb storytelling skill that has won Bernard Cornwell international renown, Fools and Mortals is a richly portrayed tour de force that brings to life a vivid world of intricate stagecraft, fierce competition, and consuming ambition.

Fools and Mortals: A Novel