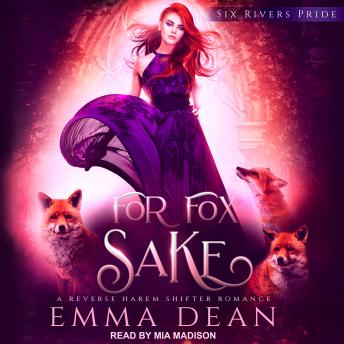 What should you do when you're outfoxed?

Kenzie is the only non-witch in her family. When her younger sister's powers end up stripped from her, Kenzie promises to find a way to get them back-after all she has a very specific set of skills after trying to make up for not having any powers of her own.

When Kenzie finds something to restore her sister's powers, the only way to obtain it is to steal it from the Alpha of the West Coast Pride. Right as she's about to succeed three sexy foxes snatch it right from under her nose. Will Kenzie be able to take it from them before they steal her heart as well?