For Time and All Eternities 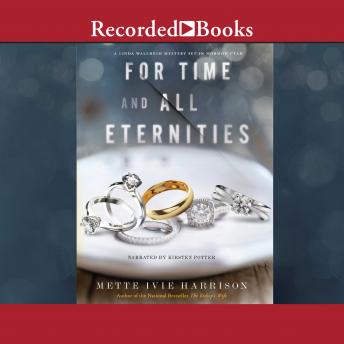 The Mormon church may have disavowed the polygamy it became so famous for in the 19th century, but for some Fundamentalist Latter-Day Saints, 'plural marriage' isn't just ancient history. Mormon bishop's wife Linda Wallheim is stunned to learn her son Kenneth has gotten engaged to a young woman from a polygamous family. Naomi Carter may have left the religion she grew up in, but the Carters will still be the Wallheims' in-laws once Kenneth and Naomi are married. Stephen Carter, Naomi's father and the patriarch of the Carter clan, invites the Wallheims over to the Carter family compound in the remote foothills of the mountains outside Salt Lake City. Stephen Carter wishes to extend an olive branch to his future in-laws, and introduce them to his five wives and twenty-two children. But Linda suspects he also wants to try to persuade the Wallheims that his way of life is truly righteous. From Linda's point of view, polygamy is an abhorrent practice, one that dehumanizes women and makes children vulnerable to unhealthy family structures. She and her husband, Kurt, arrive at the Carter compound braced for trouble-Linda has her eyes peeled for signs that Stephen's wives and children are unhappy or abused. Although she can't find concrete evidence of mistreatment, Linda's gut instinct tells her that something on the Carter family compound is deeply wrong. She can't quite put her finger on what-until it's too late, and one of the family members is found murdered. Afraid that Stephen Carter's unworldly, sequestered wives and children might suffer at the hands of investigating police, Linda vows to stay at the compound until the murderer is found and the survivors are safe. But even if she manages to do more good than harm with her snooping and interfering, Linda can't unsee what she has seen during her time at the Carters'-now, confronting the legacy of polygamy in her own Mormon family raises even more questions about her already shaky faith.

For Time and All Eternities