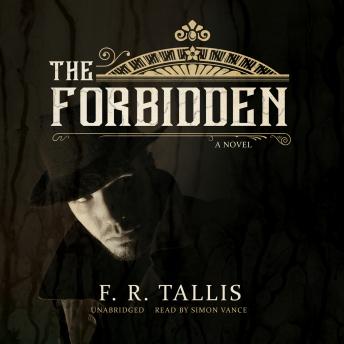 The Alienist meets The Exorcist in Tallis' novel of psychological suspense, as an ambitious young doctor explores thedangerous border between science and the supernatural.
1873. When the ambitious Doctor Paul Clément takes a job onthe island of Saint Sébastien, he has dreams of finding cures for tropicaldiseases. After witnessing the ritualistic murder of a young boy who wasallegedly already dead, he is warned never to speak of what he has seen. Backin fin de siècle Paris, Paul's attention turns to studying the nervous systemand resuscitation through electricity. Paul is told of patients who apparentlydied and were brought back to life, claiming to have witnessed what they believed to be Heaven while they lay between life and death. Using forbidden knowledge heswore never to use, he attempts to experience what everyone else has seen, butsomething goes horribly wrong. When Paul returns to the land of the living, is it possible that he could bring something else back with him, an unspeakable evilso powerful it can never be banished?

This title is due for release on May 15, 2014
We'll send you an email as soon as it is available!