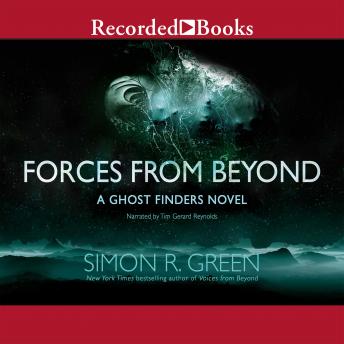 Meet the operatives of the Carnacki Institute - JC Chance: the team leader, brave, charming, and almost unbearably arrogant; Melody Chambers: the science geek who keeps the antisupernatural equipment running; and Happy Jack Palmer: the terminally gloomy telepath. Their mission: do something about ghosts. Lay them to rest, send them packing, or just kick their nasty, ectoplasmic arses.... A threat to humanity rests on the bottom of the North Sea: the interdimensional entity known as the Flesh Undying. It is a monstrous being of unimaginable power, way out of the Ghost Finders' league, so the team has no choice but to accept an alliance with their evil counterpart, Project Crowley. Only the creature has already turned its eye upon the Ghost Finders - and dispatched an assassin with a deadly vendetta against them....