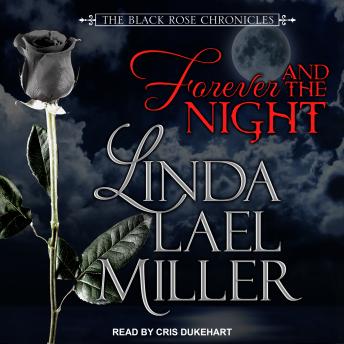 Forever and the Night

Neely Wallace is a wanted woman-wanted by those who would do her harm. She's uncovered damning evidence against her boss, a powerful U.S. senator, implicating him in mob and drug activity. To lie low, Neely retreats to family in New England. While out trick-or-treating with her nephew, Neely knocks on the door of a nearby mansion, and fate-in the form of charming and reclusive Aidan Tremayne-answers the door.

Aidan Tremayne has a secret. He's been living with it for centuries, and he's hated every second of it. He yearns for the day when he can walk in light of day and return to the land of the living. When Aiden meets the beautiful, funny, intelligent, human stranger, suddenly his longing has a name: Neely Wallace.

Sucked in by blood-pumping romance and bitten with blood-curdling intrigue, the two lovers are faced with challenges and enemies from both sides of the veil between the living and the dead as they navigate the twisting road toward a shared-and mortal-life.