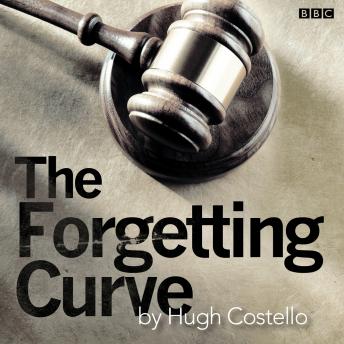 A tense, white-knuckle ride of a play from BBC Radio 4 in which a rather self-satisfied hero embarks, reluctantly, on a voyage of self-discovery. Originally broadcast as the 'Afternoon Play' on 7 January 2009, and repeated on 31 March 2011. As an expert on memory loss, Greg Cooke is asked to invalidate the testimony of an eyewitness in a high-profile murder trial. He undermines the Prosecution's key witness by convincing the jury that we forget as much within 24 hours as we do over a whole year. As a result, a vicious murderer walks free, but Greg is soon to discover there's a price to pay... 'The Forgetting Curve' was written by Emmy-nominated TV and Film writer Hugh Costello, and stars Michael Glenn Murphy as Greg Cooke. Also featured amongst the cast are Lia Williams, Chris McHallem, Andrea Irvine, Karen Ardiff, Annie McCartney, Richard Howard, writer Hugh Costello and Inam Mirza.