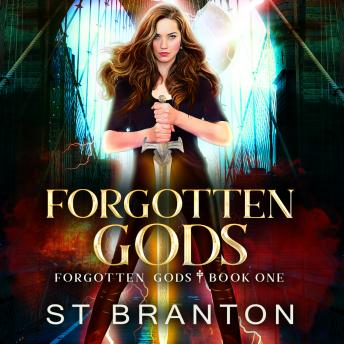 Thousands of years ago, ancient deities fought a civil war that nearly destroyed the earth. They were defeated by a great warrior-and banished to spend eternity beyond the reach of the humans who once served them.Their war is raging once again, and once again it will require a great hero to save humanity. Unfortunately for humanity, I'm that hero. My name is Vic Stratton. I'm no saint, but I'm the best chance we've got at surviving the chaos about to be unleashed. But hey, at least I have my good looks, a quick tongue, and the sword of the gods on my side.I'm going to need it because when the gods return, all hell will break loose. Forgotten Gods is a fast-paced adventure series with a novel take on the urban-fantasy genre. Vampires, werewolves, and all manner of monstrous creatures serve the unknown powers of old, but the story centers on the humans who make the heroic choice to fight them.You won't forget Forgotten Gods.

This title is due for release on July 13, 2020
We'll send you an email as soon as it is available!