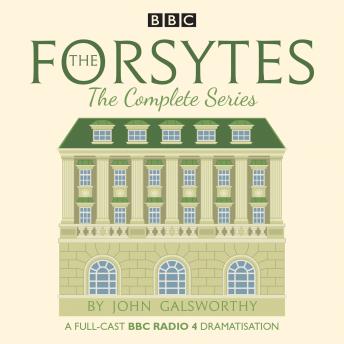 The Forsytes sees wealthy Soames Forsyte questioning his relationship with his beautiful wife Irene. As evidence of her betrayal emerges, the family is torn apart and scandal unleashed. In The Forsytes Continues, it is 1920 and Soames would do anything for his sparkling daughter, Fleur. But when she falls in love with the wrong man, how can he stop history repeating itself? The Forsytes Returns picks up Fleur’s story four years later, as she vows to put her past behind her and settle down. But those around her are intent on stirring up trouble. The Forsytes Concludes introduces young Dinny Cherrell, Fleur’s cousin. Unbeknown to both, their lives will be paralleled in ways neither could have predicted...