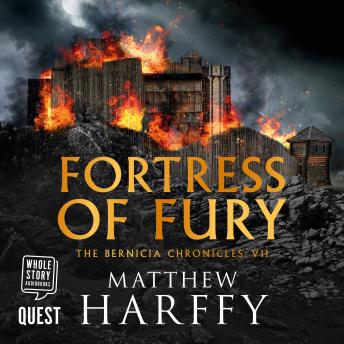 Beobrand is besieged in the action-packed instalment in the Bernicia Chronicles set in AD 647 Anglo-Saxon Britain.

War hangs heavy in the hot summer air as Penda of Mercia and his allies march into the north. Caught unawares, the Bernician forces are besieged within the great fortress of Bebbanburg. It falls to Beobrand to mount the defence of the stronghold, but even while the battle rages, old and powerful enemies have mobilised against him, seeking vengeance for past events. As the Mercian forces tighten their grip and unknown killers close in, Beobrand finds himself in a struggle with conflicting oaths and the dreadful pull of a forbidden love that threatens to destroy everything he holds dear. With the future of Northumbria in jeopardy, will Beobrand be able to withstand the powers that beset him and find a path to victory against all the odds?

"'Matthew Harffy's tale of England in the Dark Ages is nothing less than superb ... The tale is fast paced and violence lurks on every page" HISTORICAL NOVEL SOCIETY.