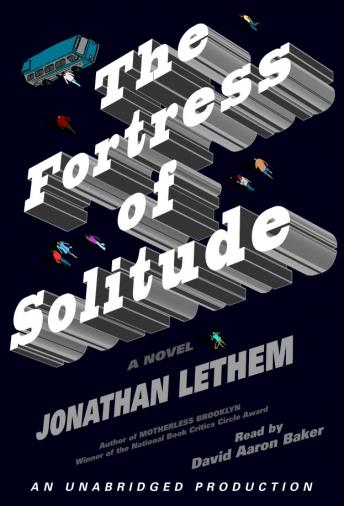 The Fortress of Solitude

This is the story of two boys, Dylan Ebdus and Mingus Rude. They are friends and neighbors, but because Dylan is white and Mingus is black, their friendship is not simple. This is the story of their Brooklyn neighborhood, which is almost exclusively black despite the first whispers of something that will become known as "gentrification."

This is the story of what would happen if two teenaged boys obsessed with comic book heroes actually had superpowers: They would screw up their lives.

This is the story Jonathan Lethem was born to tell. This is THE FORTRESS OF SOLITUDE.

This title is due for release on September 16, 2003
We'll send you an email as soon as it is available!