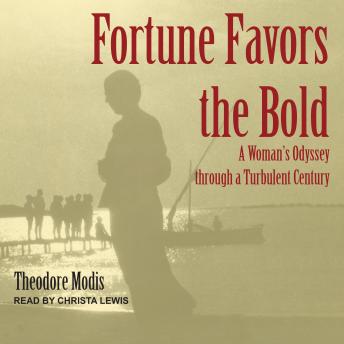 Fortune Favors the Bold: A Woman's Odyssey through a Turbulent Century

She loses both her parents and is left with her younger sister to survive.

It is early twentieth-century Greece. Theodosia, a teenage girl and her younger sister, lose their parents in Constantinople and are thrown into a massive population exchange between Greece and Turkey.

They arrive at a refugee camp in Northern Greece, where their choice is to perish or to use the resources at hand in order to survive.

Despite all the difficulties they encounter, the sisters decide not to give up, and fight for a better life.

Theodosia's story carries on throughout a century of war and peace, invasions and political disputes and is peppered with horrific events, likable characters, and a great love story.

Fortune Favors the Bold: A Woman's Odyssey through a Turbulent Century