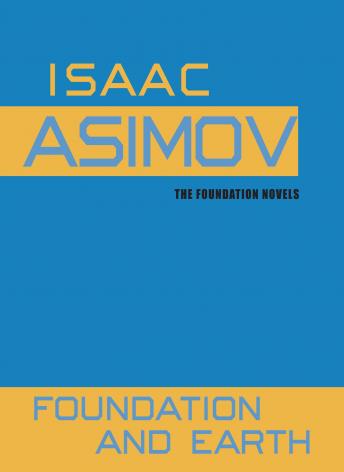 THE EPIC SAGA THAT INSPIRED THE APPLE TV+ SERIES FOUNDATION

Golan Trevize, former Councilman of the First Foundation, has chosen the future, and it is Gaia. A superorganism, Gaia is a holistic planet with a common consciousness so intensely united that every dewdrop, every pebble, every being, can speak for all—and feel for all. It is a realm in which privacy is not only undesirable, it is incomprehensible.

But is it the right choice for the destiny of mankind? While Trevize feels it is, that is not enough. He must know.

Trevize believes the answer lies at the site of humanity’s roots: fabled Earth . . . if it still exists. For no one is sure where the planet of Gaia’s first settlers is to be found in the immense wilderness of the Galaxy. Nor can anyone explain why no record of Earth has been preserved, no mention of it made anywhere in Gaia’s vast world-memory. It is an enigma Trevize is determined to resolve, and a quest he is determined to undertake, at any cost.