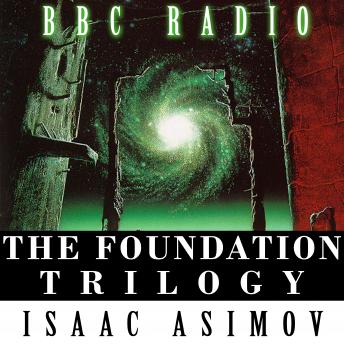 The opening episode begins on Trantor, capital of the Galactic Empire, with the meeting of Seldon and Dornick, their trial, and their exile to Terminus. The action then jumps forward 50 years, to the first Seldon Crisis, where the repercussions of the recent independence of the Four Kingdoms of the Periphery are being felt on Terminus, and are handled by the first Mayor, Salvor Hardin. The scene then moves forward a further 20 years, as Mayor Hardin faces down the domination of the nearby and most powerful Kingdom, Anacreon.

Great book, but hard to listen with all the annoying noises around. So far the worse audiobook I have listened to.

This title is due for release on January 10, 2011
We'll send you an email as soon as it is available!