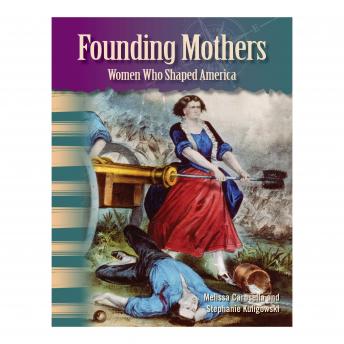 Brave women began to fight for equality early in America’s history. They wanted equal rights. They led by example and worked hard to change laws. Some of these women fought for America’s freedom and helped create the laws of the new nation. Women worked to end slavery. Female pioneers helped expand the boundaries of the nation. And other women changed lives with medical care. Women’s lives did not change overnight. One step at a time, American women moved closer to equality with men. This book is about the brave women who took those first steps toward change.