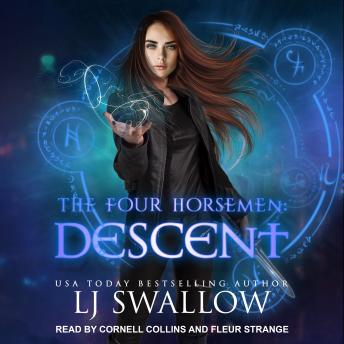 Will Vee bring the apocalypse the Four Horsemen were sent to stop or is she here to prevent a world destroyed by chaos?

The Four Horsemen are left reeling from their discovery that the world is threatened by something greater than anybody imagined. Now the group are forced into an uneasy alliance with old enemies. But can they be trusted?

The group discover the shocking answer to who Vee is, why she's here, and her connection to Chaos is revealed. As the pieces join together and the Horsemen find out more about their identities, their place in the world becomes clearer too.

How long do they have before Chaos becomes bored of his dangerous games and moves on to his final goal?

Whoever brought Vee into the Four Horsemen's lives created a powerful bond that Chaos has failed to break. Now they need to prove that their love and strength is enough to change the future for themselves and the world.