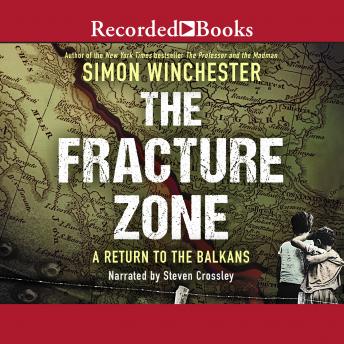 Award-winning journalist and author Simon Winchester takes readers on a personal tour of the Balkans. Combining history and interviews with the people who live there, Winchester offers a fascinating glimpse into the complex issues at work in this chaotic region. Unrest in the Balkans has gone on for centuries. A seasoned reporter, Winchester visited the region twenty years ago. When Kosovo reached crisis level in 1997, Winchester thought a return visit to the beleaguered area would help to make sense out of the awful violence. He decided to use Vienna and Istanbul, two great cities whose rivalries helped create the dynamics at work today, as the beginning and end points of his trip. Not specifically a book about war, it is more a portrait of a place and its people in turmoil. Simon Winchester offers an insightful look at a little understood conflict. Steven Crossley's masterful narration will make listeners feel as if they have entered the combat zone.

This title is due for release on January 13, 2012
We'll send you an email as soon as it is available!