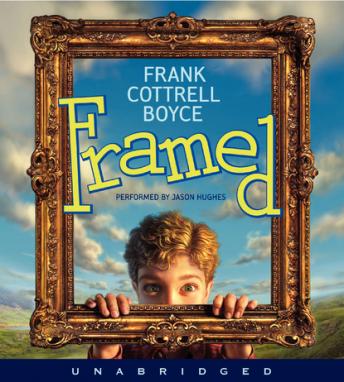 A few things to know about Dylan

He is the only boy in his entire town—so forget about playing games of football.

His best friends are two pet chickens, Michaelangelo and Donatello—named after (who else?) the Teenage Mutant Ninja Turtles.

His family owns the town's only gas station/copy shop/coffee house—their Picasso Pies are to die for, but profits are still in the hole.

Criminal instincts run in his family—his sister is a mastermind-in-training, and the tax men are after his newly-absent father for 'questioning.'

And, one more small thing about nine-year-old Dylan—he's now the man of the house.

Then an enormous secret rolls into town—one that could bring back Dylan's father, rescue the family business, and involve Dylan in what very well could be the crime of the century. With the same easy mix of wit, warmth, and wonder that made his debut novel Millions an award-winning international bestseller, Frank Cottrell Boyce tells the story of a boy who reminds an entire town of the power of art.

This title is due for release on August 22, 2006
We'll send you an email as soon as it is available!