Free Minds and Hearts at Work: A 'This I Believe' Essay 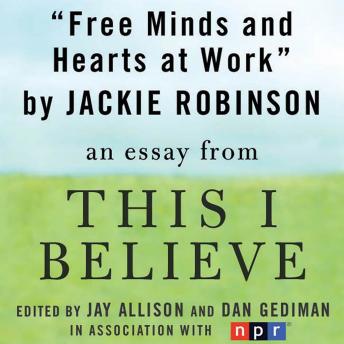 In this essay originally aired in the 1950s, baseball legend Jackie Robinson reflects on fighting imperfection to create a better world in 'Free Minds and Hearts at Work', his contribution to NPR’s This I Believe series.

Free Minds and Hearts at Work: A 'This I Believe' Essay