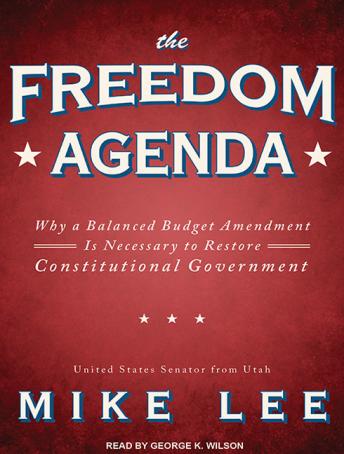 The Freedom Agenda: Why a Balanced Budget Amendment Is Necessary to Restore Constitutional Government

We hear it every day: government spending is out of control. Yet, despite all the rhetoric coming out of Washington about the need to cut spending, we continue to go deeper and deeper into debt. If we're serious about restoring America to fiscal health, we must do something about government spending, not just talk about it. So argues U.S. Senator Mike Lee in his new book, The Freedom Agenda. Revealing how the federal government went from a limited constitutional government to the colossal spending machine it is today, The Freedom Agenda clearly explains:

Freedom Agenda: Why a Balanced Budget Amendment Is Necessary to Restore Constitutional Government