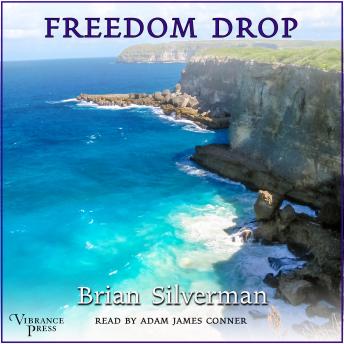 Len Buonfiglio is a former New York bar owner and family man who has disappeared to a small island in the Caribbean. When a genial tour guide, Rawle "Big Tree" Johns is a suspect in an American woman's fall from a cliff, Johns' mother enlists Buonfiglio's help to free her son and prove his innocence. Conflicted by the need to spend time with his 16-year old daughter who he hasn't seen in years, Mr. Len as he's known on the island, reluctantly agrees to help. During his investigation he discovers there are other, much more powerful forces involved in the woman's death that threaten both his life and his family.

"What a thrill to find Mystery Tribune, one of the best magazines in the business, launching a novel-publishing arm, and launching it with Brian Silverman's FREEDOM DROP. Silverman had me at the Caribbean setting, and held me with his fully human characters -- of both good and bad natures -- and their situation. Both the book and the publisher are welcome additions to the crime-writing world!"

- SJ Rozan, Edgar-winning author of THE ART OF VIOLENCE"

A mystery steeped in authentic Caribbean atmosphere. Silverman knows his territory, as does his hero, an ex-Marine-turned-sleuth who discovers that, even in paradise, things aren't always what they seem."

- Wallace Stroby, author of HEAVEN'S A LIE and SOME DIE NAMELESS.

"A buddy book, a whodunit, and a family drama, Freedom Drop is mystery magic."

"An impressive debut...Silverman capably captures the feel of his setting en route to a satisfying conclusion. A sequel is warranted."