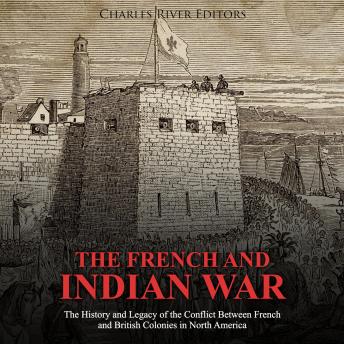 The French and Indian War, The: The History and Legacy of the Conflict Between French and British Colonies in North America

"[W]e observed the Enemy marching down towards us in three Columns, at 10 they formed their Line of Battle, which was at least six deep, having their Flanks covered by a thick Wood on each Side, into which they threw above 3000 Canadians and Indians, who gauled us much; the Regulars then marched briskly up to us, and gave us their first Fire, at about Fifty Yards Distance, which we did not return, as it was General Wolfe's express Orders not to fire till they came within twenty Yards of us..." - The British Sergeant-Major of Gen. Hopson's Grenadiers describing the Battle of Quebec
On September 13, 1759, a battle was fought on the Plains of Abraham outside the old city of Quebec that was one of the turning point battles in world history. Thanks to the British victory and the events that followed, Canada went from being a colony of France (New France) to being a colony of Great Britain, which permanently changed Canadian history. In many ways, the outcome of the battle brought about several American attempts to seize Canada during the Revolutionary War and War of 1812, and ultimately it ensured that when Canada became an independent country, it was part of the British Commonwealth with an Anglophone majority and a Francophone minority. Frictions over cultural and political issues between the English Canadians and the Québécois, dating back to the battle, continue to impact the state of affairs in Canada today.
While the battle had a profound impact, it has also been romanticized and mythologized beyond even epic proportions. Though often forgotten today (more than 250 years after the battle), the Battle of the Plains of Abraham was the culmination of a long siege, and the decisive action itself was an incredibly short affair at less than half an hour. Despite that brevity, both commanding generals were mortally wounded in the exchange, making British General James Wolfe a national hero on both sides of the Atlantic and French General Louis-Joseph de Montcalm a convenient scapegoat. Only a few thousand soldiers were engaged on each side, and the battle ended with less than 1,500 casualties combined.
Regardless, the French were compelled to quit Quebec after the battle, giving up one of their most important colonial possessions in the New World, and when the fighting ended in North America in 1760, the British still held the city. When the fighting ended on the European continent, the subsequent treaty forced the French to cede most of their North American possessions to the British, and it also left Britain in tough economic straits, which would set about a chain of events that brought about the American Revolution in the following decade.
While the Battle of Quebec is no longer famous among Americans, the broader conflict, known as the French and Indian War, certainly remains so. As part of the Seven Years' War, which was being fought between the British and French across the world, the French and Indian War was the last in a long series of colonial conflicts between the two world powers and forever changed the colonial map in America and elsewhere. At the end of the war, disputed North American borders were finally settled, and both empires were left reeling from the costs of war. The war would cement British power in North America, end French colonial ambition for decades, and bring about a chain reaction that led to the formation of a new nation.
The French and Indian War: The History and Legacy of the Conflict Between French and British Colonies in North America profiles the combatants and the political background that led to the war and influenced the American Revolution in the aftermath. Along with pictures of important people, places, and events, you will learn about the French and Indian War like never before.

French and Indian War, The: The History and Legacy of the Conflict Between French and British Colonies in North America