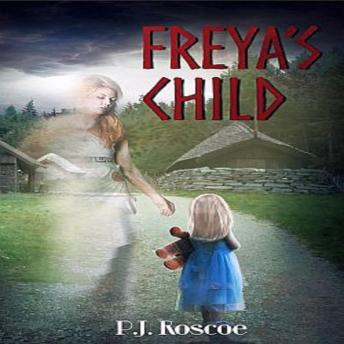 What would a parent do to save their child? Fight the dead? Defy the gods?

Helen Gunn moves to the Wirral Peninsula, England, with her estranged husband, Robert and their three year old daughter, Charlotte to try and save the marriage. Within days of moving into their new home, Charlotte begins talking to an invisible friend and strange shadows roam the house threatening the families safety. Soon, Helen must face a parent's worst nightmare in order to save her daughter's soul.

Einaar had never questioned the old gods. He came to England with his young family to try and start a new life, farming the land and living in peace, but when an illness sweeps through his village, killing without mercy and his child is blamed, he must save his daughter from his own people and the sacrifice they demand.

An archaeological dig has unearthed a forgotten Norse village. There is no record of this village ever existing. Why was it utterly destroyed? A long lost secret has been unearthed. The gods have awoken.

A supernatural, historical thriller moving between present day and the 10th century, when Vikings walked these lands.