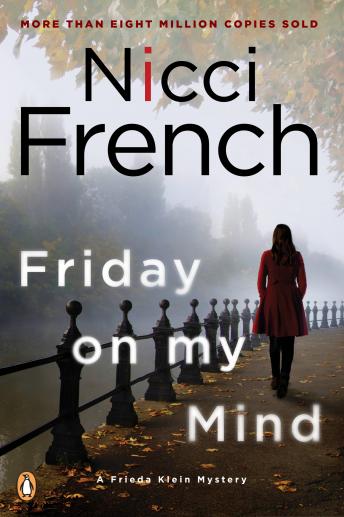 Friday on My Mind: A Frieda Klein Mystery

A bloated corpse turns up in the Thames, throat slashed, and the only clue is a hospital wristband reading Dr. F. Klein. Frieda is taken to see the body and realizes with horror that it is Sandy, her ex-boyfriend. She’s certain that the killer is Dean Reeve—the man who has never stopped haunting her. But the police think he has been dead for years, and Frieda is their number one suspect. With few options, Frieda goes on the run to save herself and try to uncover the truth.

“Sophisticated, gripping, addictive. Crime novels that stand head and shoulders above the competition.” —Sophie Hannah, bestselling author of Woman with a Secret

Friday on My Mind: A Frieda Klein Mystery