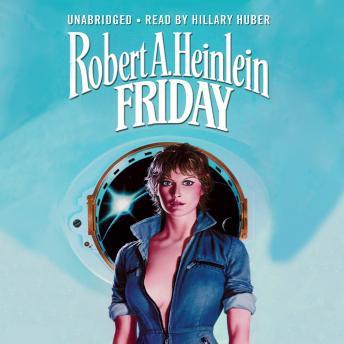 Engineered from the finest genes and trained to be a secret courier in a future world, Friday operates over a near-future Earth, where chaos reigns. North America has become Balkanized into dozens of independent states, sharing only a bizarrely vulgarized culture. Now, Friday finds herself on shuttlecock assignment at the seemingly whimsical behest of her secret employer, known to her only as 'Boss.' Traveling from New Zealand to Canada, from one new state of America's disunion to the next, she is confronted with a series of professional as well as personal crises that put her to the test. She must findquick, expeditious solutions as one calamity after another threatens to explode in her face.

Not since Valentine Michael Smith, hero of Stranger in a Strange Land, has Heinlein created a more captivating protagonist. Fridayproves once again why Henlein's novels have sold millions of copies, won countless awards, and earned him the title of Grand Master of Science Fiction.