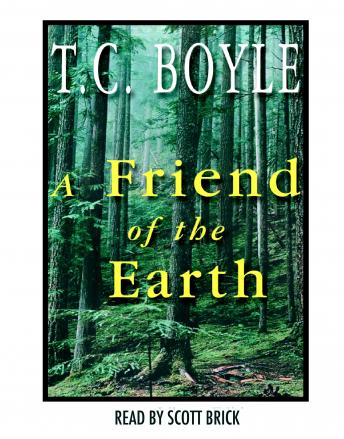 A Friend of the Earth

A Friend of the Earth opens in the year 2025, as Tyrone O'Shaughnessy Tidewater ekes out a bleak living in southern California, managing a rock star's private menagerie. Global warming is a reality. The biosphere has collapsed and most of the major mammalian species are extinct. Once Ty was so seriously committed to environmental causes that he became an ecoterrorist and convicted felon. Once he unwittingly endangered both his daughter, Sierra, and his wife, Andrea. Now when he's just trying to survive, Andrea comes back into his life. What happens as the two slip into a reborn involvement makes for a gripping and topical story told in Boyle's uniquely funny and serious voice.

'America's most imaginative contemporary novelist blends idealism and satire in a story that addresses the ultimate question of human love and the survival of the species.'—Newsweek