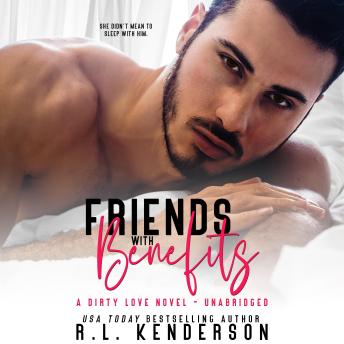 She’s unable to resist him…

After returning home due to her father’s illness, Elise Phillips reunites with her college friends, including Luke Long. Luke was a player back then, and Elise had always prided herself on not being another notch on his bedpost.

Luke is still gorgeous though, and he knows it. And he checks all her boxes—intelligent and sexy with muscles and a hard body.

Following a night of beer and shots, her resistance runs out, and he finally does check her box. And Elise knows that it can never happen again.

Luke had always thought of Elise as the pretty girl that was friends with his roommate’s girlfriend, but now she’s all grown up. When their night of passion rocks Luke’s world he realizes he must have her again.

The two enter a friends-with-benefits relationship with the agreement that they’re just going to have fun.

But all that changes when Luke steps in to help Elise, and now the player she avoided is the person she doesn’t want to live without.

Friends with Benefits was previously published under the title Dirty (Naughty #1).