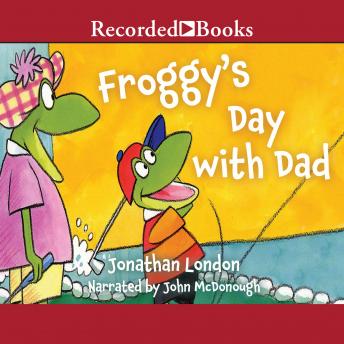 It's Father's Day and Froggy wants to show his dad how much he loves him. So he flop flops to the kitchen and tries to make his dad breakfast. But Froggy being Froggy, things don't go exactly as planned. Then it's off to the mini golf course, where Froggy attempts to hit a hole in one. Maybe he will be blessed by beginner's luck. Golf balls can take some crazy bounces, though, so Froggy had better be careful. And it also might help if he faced in the right direction when swinging his club! Can you believe the day's not over yet? Froggy still has a surprise gift for the greatest dad on Earth! Jonathan London is beloved by kids everywhere for his wildly popular Froggy series. 'Endearingly wry ... easy to love.'-Kirkus Reviews