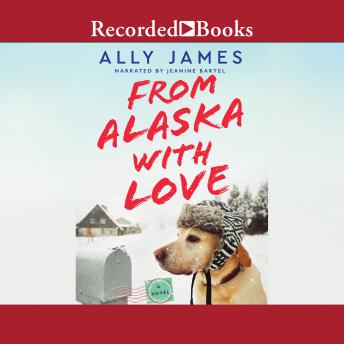 From Alaska with Love

A soldier has six weeks to convince the only woman he has ever longed for to take a chance on life with him in Alaska.... Sara's letters were the only bright spot during Gabe's devastating tour in Iraq. With each new correspondence he fell harder, needed her more, wanted to be with her. Now, after initially rejecting his offer to meet, she's shown up at the door of his isolated cabin in Alaska looking for...what? Gabe's not sure what made Sara change her mind, but he knows he never wants to let her go. Major Gabe Randall is everything Sara Ryan wants but nothing she feels she deserves. A modern-day spinster, Sara hides behind family obligations and the safe, quiet life she's resigned herself to living. But secretly, even though she may have stretched the truth about who she is in her letters to him, she wants Gabe. Will he still want her when he discovers the real woman behind the pen? Once they meet, Gabe asks her for six weeks in Alaska. Six weeks to spend getting to know each other, and then she'll have to decide whether they are better together or apart.

From Alaska with Love