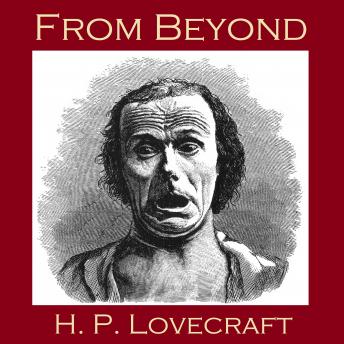 Howard Phillips Lovecraft (1890 - 1937), who wrote as H. P. Lovecraft, was an American author who achieved fame after his death for his groundbreaking works of horror fiction.

In "From Beyond", a maniacal scientist develops an extraordinary machine which enables humans to tap in to a range of additional senses which allow him to perceive whole new dimensions of the cosmos.

But that ability brings with it a vulnerability to unknown and malignant forces which exist 'beyond' but which now equally have access to our world. As the monsters 'from beyond' close in, there is only one way to escape....