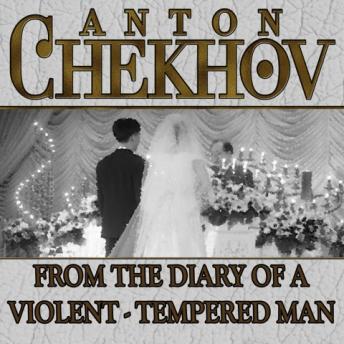 From the Diary a Violent Tempered Man

A young aspiring male student finds him self in a difficult situation. While working on his dissertation he is interrupted by a young women, asking him to walk her home. He decides it is best and complies with her request. It is later decided the two should marry but it is against the young man's wishes. A great idea comes to the man regarding their marriage, but it is a little too late.
Anton Chekhov was a Russian dramatist, author and physician. He practiced as a physician throughout his entire literary career. Chekhov began writing for financial reasons but then developed a passion for it as time went on. Many of his writings influenced the development of modern short stories.

From the Diary a Violent Tempered Man