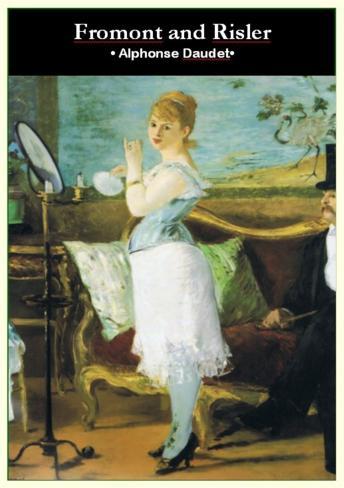 The term ’shameless hussy’ could have been invented to describe the main protagonist of Daudets first international bestseller. There are more vulgar epithets one could apply to ‘Little Chebe’ as she schemes her way up the ladder to reach social equality with her neighbour Claire Fromont, the daughter of the owner of the factory which she studies enviously during her nightly vigils.Fortune favours the wicked as she collects, manipulates and breaks the hearts of all men within her compass to achieve her goal.Daudet suggests that the working conditions and general lack of morality within the environs of Paris contribute to this catastrophe and at the tragic end he makes the point bluntly but nevertheless there are few women in literature with less moral scruple than Shiffonye and the last cruel act of revenge is inspired by the devil.The author had a very unhappy childhood, his father was a bankrupt and in his early career he was mentored by Emile Zola and the Goncourt brothers. His work has the same graphic realism that illumines their novels and he adds the experience of his own traumatic early years to the story. It is a scorching tale and all the characters are either badly burnt or slightly singed by the flames of passion ignited by the Jezebel amongst them.