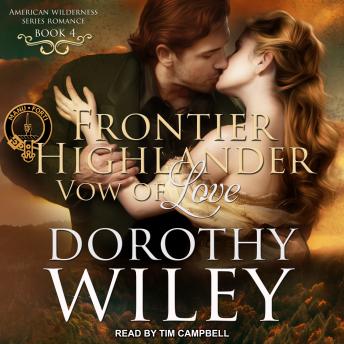 Bear MacKee grew up in the Highlands too, but disease claims his parents on his family's voyage to the colonies. Adopted by the Wyllies, he becomes a loyal and fiercely protective brother who journeys with them to Kentucky. With his brothers safely settled, the time comes for Bear to find his own wife and future.

Their past and their destiny entwined, Artis and Bear meet and pledge their love. But a cold-blooded old enemy and a ruthless new adversary threaten to crush Artis and Bear's chance for happiness. And the dark side of nature becomes a frightening adversary too. For love to triumph in the wilderness, they must evoke the MacKay Clan motto-Manu Forti-with a strong hand.