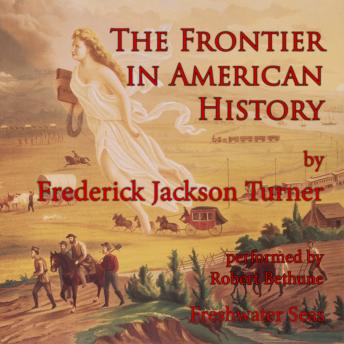 The Frontier in American History

Frederick Jackson Turner was the dean of American historians in his time. He originated, and he and his students popularized, the Frontier Hypothesis of American history: that the primary driving force in the development of American society and politics was the encounter with the frontier, conceived of as a vast area of essentially free land, a seemingly limitless resource available to all comers.

This book, The Frontier in American History, is a collection of essays Turner wrote between the 1890's and 1918--itself a highly dynamic time in American history, a point which he addresses from the perspective of his ideas about the frontier in numerous ways.

As all books must do, Turner's writing shows the influence of his time. He pays virtually no attention to the oppression inflicted upon Native Americans, and despite giving considerable time to the interaction of the development of the frontier with the issue of slavery, he gives very little space to the consideration of slavery itself. This should be no cause for surprise; he is, if anything, somewhat better on these issues than many intellectuals of his time.

The value of his book--and it is a very valuable work--lies in his ability to synthesize the great migratory movement of Europeans and Americans westward across the North American continent into a coherent view of the nature of that movement, the ways in which the peoples involved changed in response to it, and the effects it had on the long-term development of the United States. The processes he describes have not ended. We are still dealing with the effects of our long engagement with the frontier in many ways.

This title is due for release on September 27, 2017
We'll send you an email as soon as it is available!