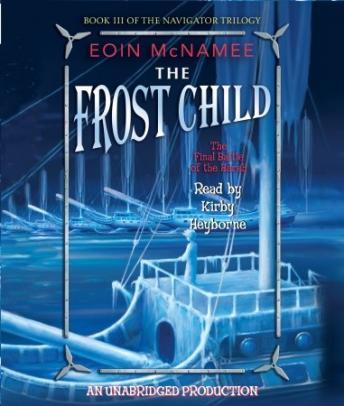 #3 of The Navigator Trilogy

The final book in the thrilling Navigator trilogy.

Twice the Harsh have tried to destroy time, and twice Owen and the Resisters have banded together to stop them. In City of Time, Owen killed the Harsh king, and now the Harsh are hungry for revenge. Their massive fleet is ready to set sail on the sea of time and hunt down the wily Navigator. In this third and final adventure, the Navigator and his friends use every last ounce of bravery and endurance to fight the toughest battle ever. As Owen searches for a solution, he travels through time to meet his father and grandfather, and discovers that the mysterious Frost Child holds the key to the power of the Harsh.