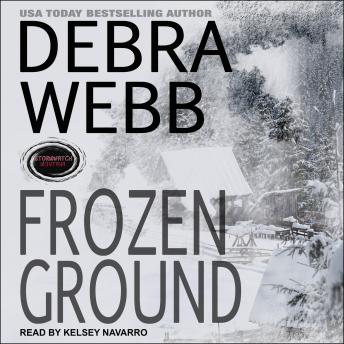 Abbey Gray, a New York Times bestselling thriller author, needs time away from the madness of deadlines and personal appearances as well as her big city life in Manhattan. The timing seems perfect for her to return to her small hometown in Montana to finally put the family home on the market. Except the storm of the century is descending on Montana, sweeping in with more than just bad weather-her closest neighbor is murdered. The murder stirs painful memories from the past of another murder-Abbey's mother. Can the eerily similar details of her neighbor's murder be proof that she was wrong all those years ago? Did the older brother she worshipped actually kill their mother? Now that his prison sentence has been served, is he back for revenge? Abbey must find the truth about the past before she becomes the next victim!

Sheriff Garrett Gilmore has known Abbey and her family his entire life. In truth, he has been in love with her since they were kids. All those years he hoped that one day she would come back, knowing it likely wouldn't happen. But he can't worry about that at the moment, he has a homicide to solve and a murderer to catch, all with the storm of the century bearing down on his county. Keeping Abbey safe will test the boundaries of his defenses.