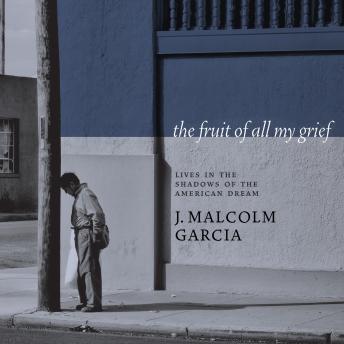 The Fruit of All My Grief: Lives in the Shadows of the American Dream

Real-life stories of Americans living on the edge of survival, outside the bright lights of the media.

Award-winning journalist J. Malcolm Garcia's essays highlight the struggle, survival, and endurance of average people affected by the injustices of America's remorseless mammoth institutions and public indifference. They include families and small businesses still recovering from the BP Oil Spill; the man sentenced to life in prison for transporting drugs to save his son's life; the widows of soldiers who died, not in war, but from toxic fumes they were exposed to at their bases overseas; and the Iraqi interpreter who was promised American asylum, only to arrive and be forced to live in poverty. The soaring narratives told in The Fruit of All My Grief let us feel the fears, hopes, and outrage of those living in the shadows of the 'American Dream.'