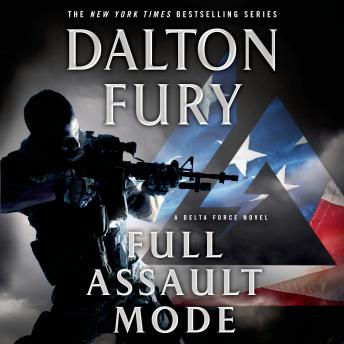 Delta Force operator Kolt Raynor must thwart a deadly terrorist plot in this globe-hopping special operations thriller in the New York Times bestselling series
When SEAL Team Six killed Osama bin Laden, they pulled a treasure trove of intelligence on planned attacks on U.S. soil. Ayman al-Zawahiri, al Qaeda's new leader, is activating his most trusted (and deadliest) terrorists to carry out his newest plot: to detonate a bomb inside one of the sixty-four commercial nuclear power plants in the U.S. in an attack ten times worse than 9/11, causing radiological fallout that would kill hundreds of thousands of innocent Americans.
The President wants answers quickly, and after Kolt Raynor saved his life a few months earlier, he knows Delta Force is fully capable. But Kolt is on the verge of getting forced out of JSOC for disobeying orders in Pakistan-and when he's offered a slot in Tungsten, an ultra-secret deep-cover organization, he jumps at the chance. Now his task is to infiltrate al Qaeda and prevent this deep-cover terror cell from making their plot a reality before it's too late.
In Full Assault Mode, former Delta Force commander Dalton Fury takes readers inside the world of undercover special operations-where every wrong step costs lives, and one minute might just be one minute too late . . .