Full Body Burden: Growing Up in the Shadow of a Secret Nuclear Facility 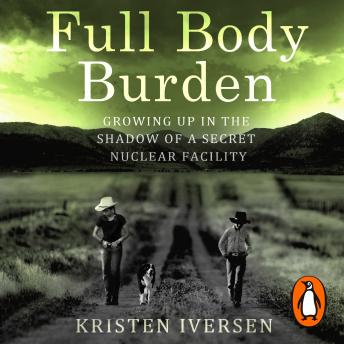 It is the early 1950s. Kristen Iversen is enjoying a carefree childhood surrounded by desert and mountains. But just a few miles down the road, the US government decides to build a secret nuclear weapons facility at Rocky Flats.

Kirsten and her siblings jump streams, ride horses, live a happy outdoors life. But beneath this veneer her family is quietly falling apart. Her father drinks, her mother copes.

And in a series of fires, accidents and other catastrophic leaks, Rocky Flats nuclear plant is spewing an invisible cocktail of the most dangerous substances on earth into this pristine landscape. The ground, the air and the water are all alive with radiation.

The years that follow will bring protests, investigations, denials, cover-ups, threats and lies. And then, one after another, people start to fall ill.

Full Body Burden: Growing Up in the Shadow of a Secret Nuclear Facility