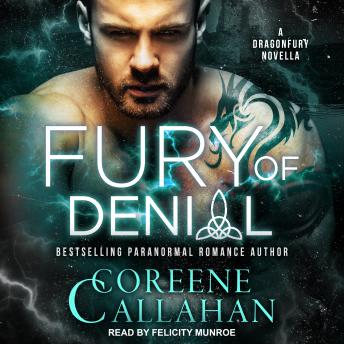 He's an antisocial dragon shifter with a serious sweet tooth. She's a pastry chef who won't give him any sugar.

Blinded in an ambush, dragon warrior Wallaig has spent half a century in the dark with one thing on his mind-vengeance. When the rogue faction responsible returns to Scotland and targets a human female, he saves her life, determined to exact his revenge-even if it means using her as bait.

Smart-mouthed Amantha Leblanc is pastry chef with dreams of opening her own shop. The money is in the bank. Her mission is clear. The plan goes to hell the second Wallaig breaks into her apartment and she defends herself with a rolling pin. With a rogue pack of dragons circling, she is forced to rely on a man she doesn't like-but isn't able to resist.