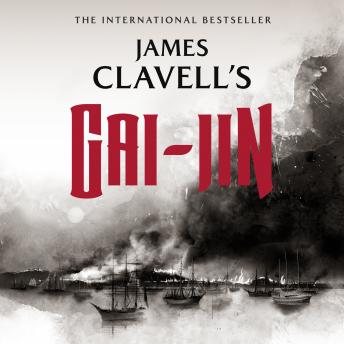 This epic novel by master writer James Clavell, loosely based on the Namamugi Incident and Anglo-Satsuma War that took place in the late 1800s, is a richly researched, panoramic view of Japan's budding relationship with the Western powers, its sweeping societal changes, and the political upheaval that followed.

As Malcolm Struan, the son of Culum and Tess Struan, and a small band of Westerners travel down the T?kaid? road, they are attacked by two Satsuma samurai, who mortally wound John Canterbury and seriously injure Malcolm, who then finds reprieve in the merchant village of Yokohama after a narrow escape facilitated by the unscathed Angelique.

With a cast of dynamic and fully recognized characters, Gai-Jin spins a tale of passionate love affairs, devastating loss, intense power struggles, and the fight to survive and thrive in a hostile new land that will leave readers longing for another foray into Clavell's extraordinary Asian Saga.