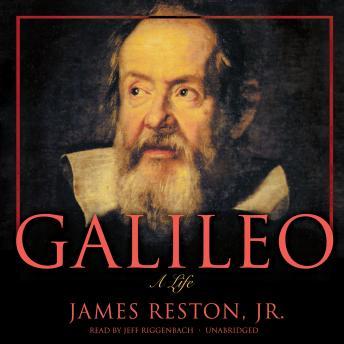 For the last four hundred years, Galileo has fascinated and inspired writers, theologians, playwrights, historians, and scientists. As the founder of modern science and the embodiment of the conflict between science and faith, Galileo remains the most fascinating figure of his age. Here James Reston, Jr., presents a lively, dramatic portrait of Galileo, one that not only takes us to the heart of this passionate, embattled, prickly, vain, arrogant, and brilliant man but also paints a vivid picture of Renaissance Italy, of its unparalleled cultural richness and political and religious intrigues. At the center of the story, of course, is Galileo’s discovery of the telescope, which revolutionized astronomy but put Galileo into conflict with the Catholic Church until 1633, when the Inquisition denounced him, banishing him for the last nine years of his life.

This title is due for release on November 7, 2011
We'll send you an email as soon as it is available!