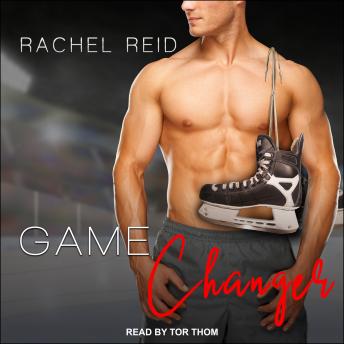 New York Admirals captain Scott Hunter takes his pregame rituals very seriously. In this case, it's not just a lucky smoothie he's craving-it's the man who made it.

Pro hockey star Scott Hunter knows a good thing when he sees it. So, when a smoothie made by juice bar barista Kip Grady precedes Scott breaking his on-ice slump, he's desperate to recreate the magic . . . and to get to know the sexy, funny guy behind the counter.

Kip knew there was more to Scott's frequent visits than blended fruit, but he never let himself imagine being invited back to Scott's penthouse. Or kissed with reckless abandon, never mind touched everywhere all at once. When it happens, it's red-hot, incredible, and frequent, but also only on Scott's terms and always behind his closed apartment doors.

Scott needs Kip in his life, but with playoff season approaching, the spotlight on him is suddenly brighter than ever. He can't afford to do anything that might derail his career . . . like introducing the world to his boyfriend. Kip is ready to go all-in with Scott-but how much longer will he have to remain a secret?