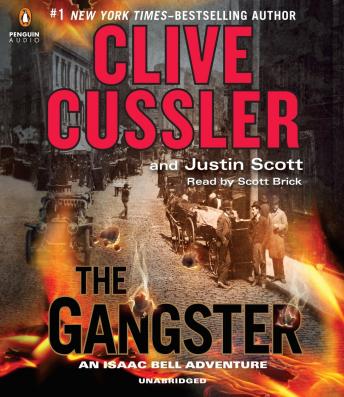 Turn-of-the-century Detective Isaac Bell takes on the upstart leader of a vicious crime organization in this novel in the #1 New York Times–bestselling series.

It is 1906, and in New York City, the Italian crime group known as the Black Hand is on a spree: kidnapping, extortion, arson. They like to take the oldest tricks and add dynamite. When a coalition of the Black Hand’s victims hire out the Van Dorn agency to protect their businesses, their reputations, and their families, Detective Isaac Bell forms a crack squad and begins scouring the city for clues. And then he spots a familiar face.

The stakes grow ever-higher, with the Black Hand becoming more ambitious, and their targets more political. If Bell can’t determine the role played by the face from his past, the next life lost could be one of the most powerful men in the nation.