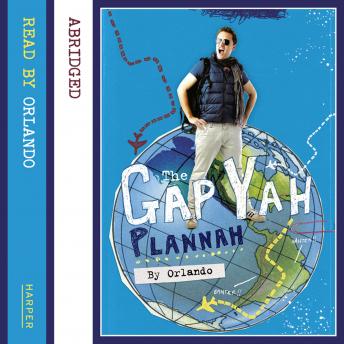 Orlando, the original Sloane-dog and intrepid gapper, will finally release his diaries to inspire other travellers to follow in his chunder-filled footsteps. From sleepless nights in Buenos Aires to charitable endeavours in Tanzanah, Orlando will give the low-down on the ultimate gap experience…


Just back from his travels, our intrepid Sloane-dog wants to pass on the knowledge he has literally gleaned about the world's best cash-lash ratio hotspots, cultural landmarks (bars), and the ways of societies other than our own (shooting a cow in Cambodia).


Rootling around Tarquin's rucksack, Orlando finds a battered guidebook – sadly all but completely defaced with chunder from one of their many heroic Pisco Sour, Margarita or Mai Tai sessions. So to compile the ultimate dossier of advice for the generations that will follow in his Ugg-booted footsteps, Orlando has snipped out the salvageable bits and interspersed them with pages from his own diary and a few other bits and bobs he's found on the net or in the lining of his bag.


From budgeting for your time away (mummy and daddy's credit card) and what not to bring (landmines – they've already got plenty over here, if anything, too many), to how to say 'vomcano' in Spanish, this is the absolutely essential spiritual, political and cultural guide to making the most of your gap yah.