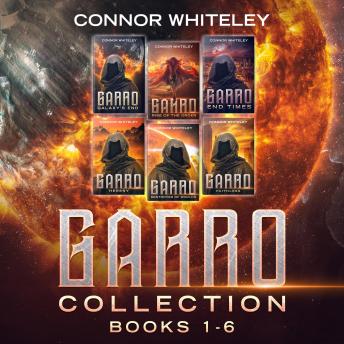 Explore Garro's thrilling adventure from the Galaxy’s End to the shocking battle of the Infernus System.

The galaxy is burning with the flames of war as humanity is relentlessly besieged by the Order; a group of four lethal alien races each with their sinister motive; as they seek to enslave humanity.

When Grand Master Garro of the Magi Order; humanity's group of magical individuals; and his team of superhumans stumbles across a plot to decimate the Galaxy bring back an ancient horror.

Garro: Rise of the Order

Upon learning the location of his parents Garro attacks the Iarannthan Homeworld but as the fighting gets more intense and the situation gets direr. Darker forces plot to destroy the veil between the living and Undead realms.

Can the enemies put aside their differences to stop a plot that could annihilate both their races?

Earth is burning and besieged on all fronts.

Garro and his forces race across the stars to save humanity, but will they be enough to save them when ancient foes and the Order come for them?

The Galaxy is burning.

With threats growing in intensity and multiple high-profile figures are assassinated. Garro is dispatched to investigate. However, as he explores this conspiracy more and more Garro discovers that nothing is as it seems!

Garro has been deemed a heretic by his own Order and the Republic, he is alone. He is Faithless. He is nothing.

However, Garro must push on but when his hunt leads him into the hands of the Inquisition. Garro must figure out how to survive and prove that he is not a heretic.

Garro and his allies must quickly learn the truth about what’s actually going on in the universe before the unthinkable happens and the Galaxy is changed forever!