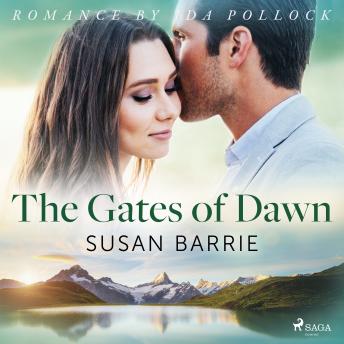 The Gates of Dawn

Richard Trenchard was a man used to having his way, so when he wants his sister to pass over her secretary Melanie Brooks as a companion to his young niece, she has to succumb to his will. When Melanie turns up late to their first meeting, he is not happy. Yet things slowly begin to kindle between the two, and she has to acknowledge the romantic surroundings that Richard keeps placing them in - the English countryside and the Australian Alps - are the perfect setting for a budding love affair.